Code has always been the stand-out favourite on the big nights where it's played host to DJs such as D - Cup, Lazy Rich Vandalism, King of Tomorrow, Axwell, Dirt South and local favourites Aural Trash with Greg Churchill and Angela Fisken. Over the past 12 months Code has established a new family of resident DJs second to none including Dirty Funky Dildz, Prateek, Andy Waite, Wade Magowen, Oz .And this has happened under the guidance of Deep Hard n Funky founder Ricky Newby who has raised the bar of this iconic nightclub. We have set the standard with events such as Ministry of Sound, Fierce Angel, Noize Control and Suck My Disco' along with regular touring international acts. So come to us and we assure you a fun packed night!

Click any of the following images to see them in large. 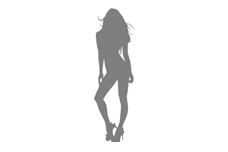